Pest problems are a fact of life in Northern Alabama – this is true even in the Madison area. Pests invade our homes because of a desire for shelter, food, and water. They like our homes and yards for many of the same reasons we do! Let us actively help you eliminate and prevent pest problems. Our service is designed to flush out current pests, and repel future invaders. We perform a variety of services each time we visit that will help keep your home or business pest free!

We are a locally owned and operated company and we take pride in out-servicing our competitors. For a better experience with pest control, choose Scout Pest Control!

Common Pests Problems in Madison include:

Earwigs are the dark brown to reddish-brown bugs that you may sometimes see in your bathrooms and around your home. Earwigs have little pincers on their tail, and while they may look scary, their pincers usually don’t hurt. They normally live in the mulch and grass thatching around your home. If their population gets too high, or if it gets to wet, dry, hot, or cold outside – they will want to come in. If you’re experiencing earwigs in or around your home, we can get rid of them for you! As part of our service we will evaluate your home for contributing factors that may be causing problems, and as we service we  give you written suggestions on changes that you can make to help ensure a pest free environment! One suggestion to help reduce earwig problems is to have a core aeration done on your lawn each year. This will pull microbes from the soil and spread them above the thatch. This causes the thatch to decompose as its supposed to rather than building up as it often does in yards where synthetic fertilizer is used.

Nuisance ants, sugar ants, and argentine ants are common problems in the Madison area. These ants vary from being very small and a reddish tan color, to medium-sized black ants, to red ants with a black tail, to medium-sized reddish-brown ants. Each one is different, and the best treatment method can vary significantly depending on the species. Many areas in Madison also have problems with Fire Ants. These ants often make mounds in the yard, and have a very painful sting. They usually have a black and red coloration, and the workers will vary in size rather than being all uniform. These ants can be dangerous, especially for those that have allergies.

Madison, and Northern Alabama in general has a wide variety of spiders. We are in one of the areas with high Brown Recluse populations, and there are also several species of Black Widow and Brown Widow Spiders that we have to be concerned with. These three kinds of spiders have the capacity to do serious damage and harm with their bites. Fortunately bites happen less often than most people realize. Brown Recluse bites tend to happen as they are hiding in an article of clothing, or a bed and become trapped when a person gets dressed, or rolls over onto them at night. The majority of Black Widow bites happen on hands as people reach into their nest area. Almost all spiders have a bad reputation, while relatively few types of spiders actually deserve it. In addition to Brown Recluse and Black Widow, we also have a wide variety of much less poisonous spiders that can do a lot of good in terms of mosquito, gnat, and other insect control. These other types range from Orb Weaver Spiders that make large webs and whose bodies can be very colorful, to wolf spiders which hunt their prey by chasing it down. While these spiders are less venomous, it is still best to not handle them. If you would like to discuss spider control options, give us a call and we’ll be happy to help you out!

In the spring and fall we see large increases in the activity, and population of wasps in the Madison area. Most often in our area we see Paper Wasps, Yellow Jackets, Mud Dauber Wasps, Red Wasps, and several species of Hornets. Some species are fairly docile, while others can be aggressively defensive when disturbed. If you see a couple of wasps flying through the yard or around bushes, that’s pretty normal. If you start to see abnormal amounts of them around your home, or if they begin to make nests, or if you see them going in and out of cracks, crevices, or openings then it’s time to give us a call. We have a wide variety of options to help keep wasps under control and eliminate their nests!

Depending on which part of Madison you live in, there is a potential to have problems with Rats and/or Mice. The type of Rats we see most commonly here are Norway Rats. This species can be quite large, up to 18″ from nose to the end of the tail. These pests like to live in burrows and can be common problems – especially near commercial facilities or fields. Also common in Madison is the House or Field Mouse. These are much smaller, and often are heard making scratching noises in attics and walls. While they may be depicted as cute and cuddly, they carry a host of diseases which they spread wherever they go. Mice are especially bad because they mist their urine out behind them, having the potential to contaminate much more than just what they touch. For quick rodent control, we offer a variety of services, including rodent baiting, various traps, and rodent exclusion!

In Madison we have a few types of Crickets that can be pests. There is the common field cricket, the cave cricket or camel cricket, and the house cricket. Each of them vary in size, coloring, and habitat, but any of them can be unpleasant and can carry the same types of germs as other pests like roaches! Cave Crickets are often found in basements and crawlspaces. They have very large legs, are great jumpers, and have extremely poor eyesight. These are the crickets that often jump at you when you go into an area they infest. They can’t see well enough to tell what we are and think we may be something they can eat! House Crickets are small and black. They hide well, and can be annoying when they start chirping in the middle of the night. This is the most common cricket that homeowners in Madison have issues with. In addition to these two, there are multiple species of field crickets that can sometimes be a nuisance. Most people aren’t concerned about them until they come inside. 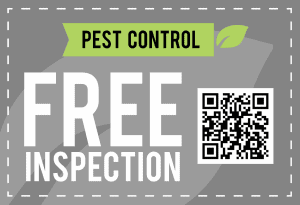